Our shop only supports Internet Explorer to a limited extent. Please use a current browser such as Firefox, Edge or Chrome.
Cookie preferences
This website uses cookies, which are necessary for the technical operation of the website and are always set. Other cookies, which increase the comfort when using this website, are used for direct advertising or to facilitate interaction with other websites and social networks, are only set with your consent.
Configuration
Technically required
These cookies are necessary for the basic functions of the shop.
"Allow all cookies" cookie
"Decline all cookies" cookie
CSRF token
Cookie preferences
Currency change
Customer recognition
Customer-specific caching
Individual prices
Selected shop
Session
Comfort functions
These cookies are used to make the shopping experience even more appealing, for example for the recognition of the visitor.
Note
Show the facebook fanpage in the right blod sidebar
Statistics & Tracking
Affiliate program
Google Tag Manager
Track device being used
Categories
Information

Signaling instead of shutting down - Functional principle of residual current monitoring

Unplanned interruptions in the operation of machines and systems are a considerable cost factor. Insulation faults are a frequent reason for this. In grounded systems (TN and TT systems), residual current monitors ensure reliable fault current monitoring. Expensive downtimes are thus avoided, and a possible fire hazard, which is latent due to creeping insulation faults, is also prevented. The residual current monitors can be used universally, as they detect direct (DC) and alternating (AC) currents equally.

Residual current monitors, on the other hand, can display the current fault current and signal when response values are exceeded and/or also switch off. In this way, the plant operator receives early information about critical operating states that are developing and thus avoids possible personal injury, fire damage and material damage. The residual current monitors of the VARIMETER RCM family, with external or also integrated residual current transformers, permanently monitor your plant for fault currents. Degradation of insulation is indicated at an early stage so that preventive maintenance and servicing measures can be initiated. 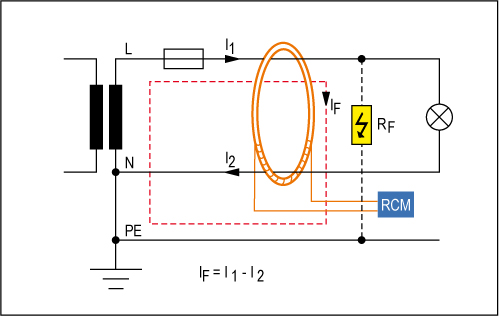 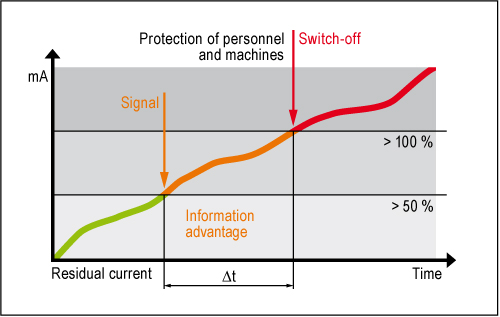 Do you want to monitor unearthed power supplies (IT systems)?

This website uses cookies, which are necessary for the technical operation of the website and are always set. Other cookies, which increase the usability of this website, serve for direct advertising or simplify interaction with other websites and social networks, will only be used with your consent. More information
Accept all Configure